When presenting a story of possible futures, I always start with a short journey through the past. The past represents a possible window to the future. Major events throughout history have brought out the best and the worst of humanity. Leaders have emerged in the most difficult of times – and tyrants have as well. A recent book by Alan Greenspan and Adrian Wooldridge explores the history of Capitalism in America. Robert J. Gordon took a similar journey in his highly acclaimed book titled The Rise and Fall of American Growth. Whereas the authors of Capitalism in America explore the full American journey, Mr. Gordon focuses on what he considers a special century: 1870-1970. Both books highlight the astounding innovation that occurred in the late part of the 19th century and the early part of the 20th. These innovations improved our standard of living, while the major societal forces of that era (World War One, The Great Depression, and World War Two) presented many challenges.

This combination of breath-taking innovation and societal forces were catalysts that drove action. In order to visualize just how much was happening during this period, I created the visual below (click on it to enlarge it). Focusing on the special century, I’ve used the sitting U.S. President as the anchor. Look at the dizzying amount of technological, scientific, political, societal, and economic activity occurring. It was the convergence across these domains that had Mr. Gordon state that we will never see another period like this again. The catalysts in his eyes could only occur once (e.g. electricity is only invented once).

Great decisions that took courage were made – but many mistakes were made as well. Look closely at the consequences of the catalysts from that era. Faced with the fear of nuclear annihilation, new entities were established. Forced to reconstruct after World War Two, the world came together to rebuild Europe.  Here is what I see when I put this historical view next to current events: history might be repeating itself. The catalysts this time are the speed and scale of innovation, the emergence of new general-purpose technology, the progression of biotechnology, the societal impact of these advances, and the unintended consequences that are likely spawned. As we watch what is likely a reoccurrence of a world-altering level of convergence, one can only hope that we learn from history. Channel what we got right and avoid what we got wrong. For me, seeing it visually underscores just how critical it will be for leaders to lead.

This is my last post of the year. I believe 2019 will bring a greater acceleration of both break-through innovation and change. As we approach the new year, I hope for a year of dialog and the conviction to tackle the challenges that lie ahead. Happy New Year! 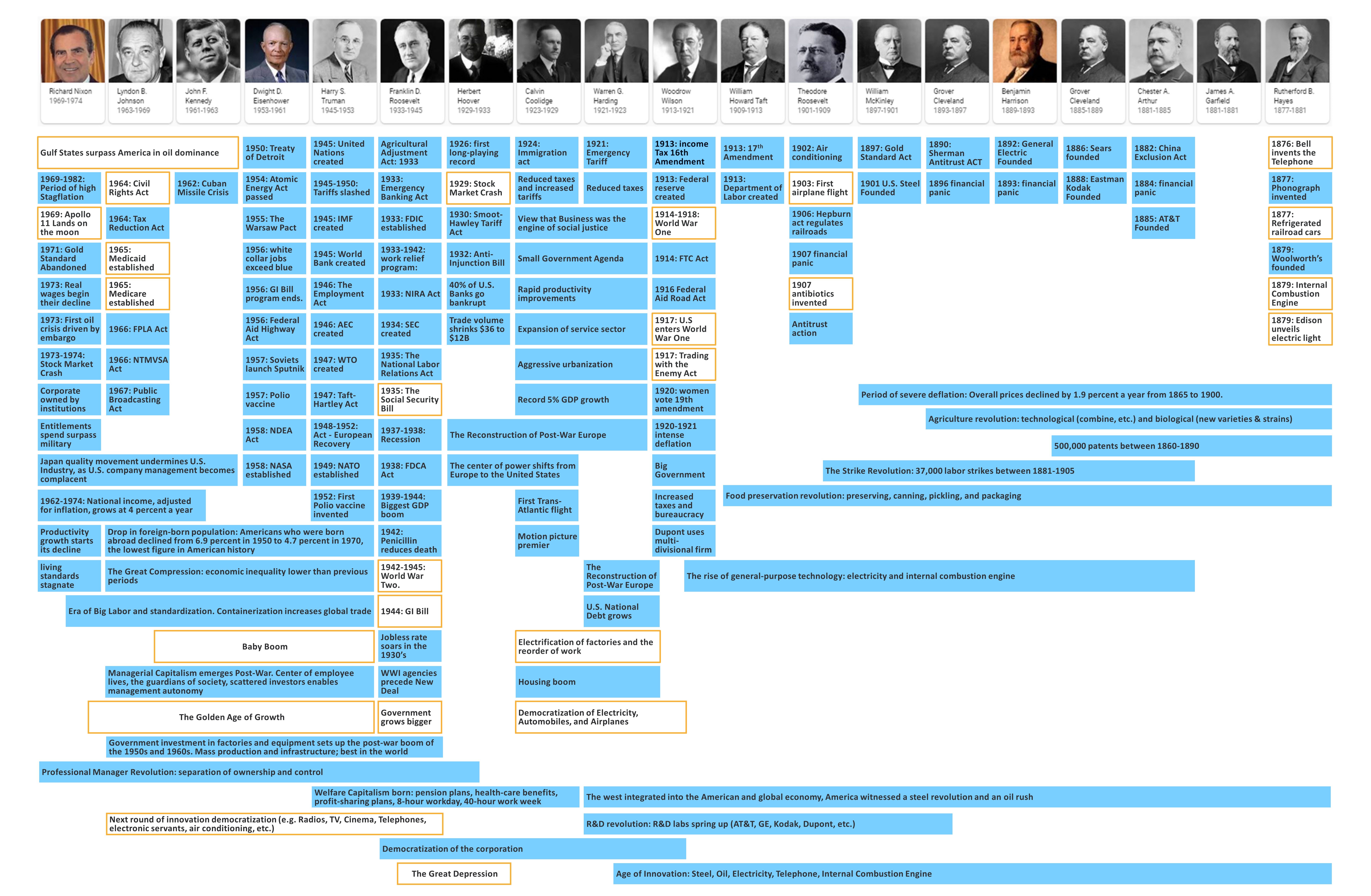 19 thoughts on “Learning from History”

Leave a Reply to A visual representation of American history - four catalysts drove a special century: Breath-taking #Innovation, World #War One, The Great #Depression, and World War Two. What are the catalysts of tomorrow? https://frankdiana.net/2018/12/19/will-history-r Cancel reply