Multiple changes to our compute paradigm are required to realize the disruptive and humanitarian advances promised by rapid innovation; whether it is the continued advancement of Moore’s law through new methods, or a complete replacement of the compute platform (e.g. Quantum Computing). One of those near-term changes is set to hit wireless networking, and 2020 could be the turning point. As described in this Article, A trio of new technologies is set to redefine wireless networking. 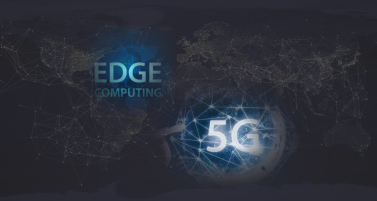 In a recent Post, I described how 5G is likely to accelerate innovation. The other side of that discussion is the disruptive nature of the changes coming to wireless networking. As the above article mentions; there’s a lot at stake for a wide swath of the technology industry. Cloud computing providers, traditional networking providers and telecommunications giants are all facing both risk and opportunity driven by Edge computing’s distributed nature – which is at odds with the centralized processing model of cloud giants such as Amazon and Microsoft. They are wasting no time in responding.

Expect a lot of discussion in 2020, as these issues are top of mind. The move towards Edge Computing is expected to drive a massive rethinking of enterprise IT infrastructure. Vince Kellen, CIO at the University of California at San Diego believes that Cloud will continue to be the preferred destination for aggregation and analysis, but the networks that feed data to the cloud are likely to look very different. What we do know, is that high-band 5G enables blistering speed, the ability to slice signals into multiple virtualized and independent logical networks, guaranteed performance and extremely low latency. It also creates a path towards eliminating the wired infrastructure.

This shift of the compute paradigm underscores the two paths of innovation: on one end it changes the status quo, forcing disruptive change across industry. On the other, it advances our human development. for Example, Nicole Raimundo envisions a day when streaming video will be as routine a part of emergency response as stretchers and defibrillators. Raimundo, who is the chief information officer for the town of Cary, North Carolina, believes high-quality live streams will redefine the way responders, caregivers and law enforcement authorities manage crises. Nicole provides examples: Police departments across a region will be able to assess an emergency and dispatch officers accordingly. Doctors and nurses will diagnose injuries via high-definition video before patients reach the emergency room. Traffic control systems will automatically adjust stoplights and re-route traffic to speed emergency vehicles on their way.

These are all examples of the Smart City ecosystem coming together in ways that advance society. To accomplish this vision, technological advances as described in the referenced article are critical.