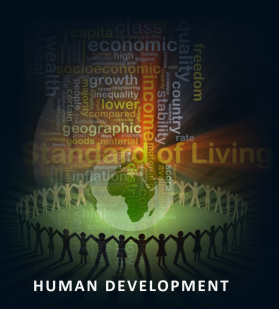 In his closing chapter, Mr. Baldwin explores the possibility of a third act. This act is driven by dramatic advancements in areas that address the third constraint. If the cost of moving people were to drop, developing nations like South America, Africa, and others could be the beneficiaries of this third act. How will the cost of moving people drop? What advancements enable this third act? In his closing chapter, Mr. Baldwin touches on enabling innovations and their fascinating potential. Here is a brief look at these innovations:

We already have innovation that allow surgeons to operate from a distance. Given this, the future likely allows a technician sitting in Stuttgart to fix machinery in Brazil. These advancements likely relax human face-to-face and person-to-machine constraints.

Advances in virtual reality technology enable telepresence; a set of technologies that allow a person to feel as if they were present at a place other than their true location. As the cost of telepresence meeting facilities and holographic telepresence is reduced, the need for face-to-face meetings will be greatly reduced, if not eliminated.

From a services context, low wage resources in developing nations need to be physically present to deliver services. Immigration therefore poses a challenge to this next globalization act. An ability to control robots from a distance (Telerobotics) could change all this for manual workers. People-to-machine interactions keep complex production processes running – usually involving specialists that manually engage with various forms of hardware. If virtual presence technology were combined with human-controlled robots, technicians could conduct inspections or undertake repairs from remote locations. It would allow workers based in developing nations to provide labor services inside developed nations without actually being there. The author provides several examples: hotel rooms in Oslo could be cleaned by maids sitting in Manila that controlled robots physically in the Oslo hotel. Security guards in U.S. shopping malls could be replaced by robots driven by security guards sitting in Peru.

An important separating force throughout human history could soon be lowered or dismantled. An ability to translate language in real time eliminates a barrier to broad scale interaction.

While artificial intelligence has the potential to reimagine knowledge-based professions, leveraging low wage intelligence from around the globe could disrupt those professions sooner. The same advances that allow resources from South America to mow your lawn remotely, conspire to provide knowledge-work from a distance. The ability to fractionalize the production of business services could lead to a great deal of virtual offshoring, where developing nation professionals work inside developed nation offices and universities without being there.

As wages rise in nations that benefited from the first two globalization acts, firms with advanced know-how may increasingly leverage their knowledge with low-cost labor in Africa or South America. The author describes a plausible scenario where Chinese firms spearhead this new offshoring in an effort to offset the competitiveness losses that stem from rising Chinese wages.

Yet again, multiple building blocks likely combine to create possible futures; in this case, a third wave of globalization. Given that 650 million developing-nation citizens have been lifted above abject poverty since the early 1990s, this third act is likely to drive broader Societal Benefits.

One thought on “Globalization’s Third Act”