The cataclysmic events of the past year resulted in a significant number of new signals. As a result, we’ve analyzed nearly 500 tech and science trends across multiple industry sectors. Rather than squeezing the trends into one enormous tome as we usually do, we are instead publishing 12 separate reports with trends grouped by subject. We are including what we’ve called Book Zero, which shows how we did our work. There is also an enormous, 504-page PDF with all content grouped together as one document.

Well, Amy was not kidding, there is quite a bit to digest. The 12 separate reports referenced can be downloaded Here. As I do with each look into the future, I captured some highlights from this year’s trend study. I will start however with an important observation that Amy made in the opening of the report.

END_OF_DOCUMENT_TOKEN_TO_BE_REPLACED

Each year the Future Today Institute releases a very comprehensive trends report during SXSW. In announcing this year’s report, Founder Amy Webb had this to say:

The cataclysmic events of the past year resulted in a significant number of new signals. As a result, we’ve analyzed nearly 500 tech and science trends across multiple industry sectors. Rather than squeezing the trends into one enormous tome as we usually do, we are instead publishing 12 separate reports with trends grouped by subject. We are including what we’ve called Book Zero, which shows how we did our work. There is also an enormous, 504-page PDF with all content grouped together as one document.

These reports allow us to explore weak and strong signals in a way that helps us envision possible futures. Given the high levels of uncertainty, the sheer number of building blocks, and the Convergence occurring across domains, exploration, learning, and dialog are as critical as ever. You can download the report Here. There is a lot to digest – but that is exactly the point. Thanks to Amy and her team for their continued support of this exploration process.

I just completed another book titled “Non-Obvious Mega Trends”. Author Rohit Bhargava focuses on seeing what no one else sees, and helping his readers do the same. Per the Amazon abstract, in the past ten years, his signature annual Non-Obvious Trend Report has helped over a million readers discover more than 100 trends changing our culture. The opening section focuses on the art of non-obvious thinking. From there, he explores the five mindsets of non-obvious thinkers, and reviews his Haystack Method for curating non-obvious Ideas.

END_OF_DOCUMENT_TOKEN_TO_BE_REPLACED

In this recent Article, author Paul Gillin provides insight on trends and technologies that are likely to be forever transformed by the events of recent months. SiliconAngle asked several technology executives for their thoughts on the topic. Here are the technologies and trends identified.

END_OF_DOCUMENT_TOKEN_TO_BE_REPLACED 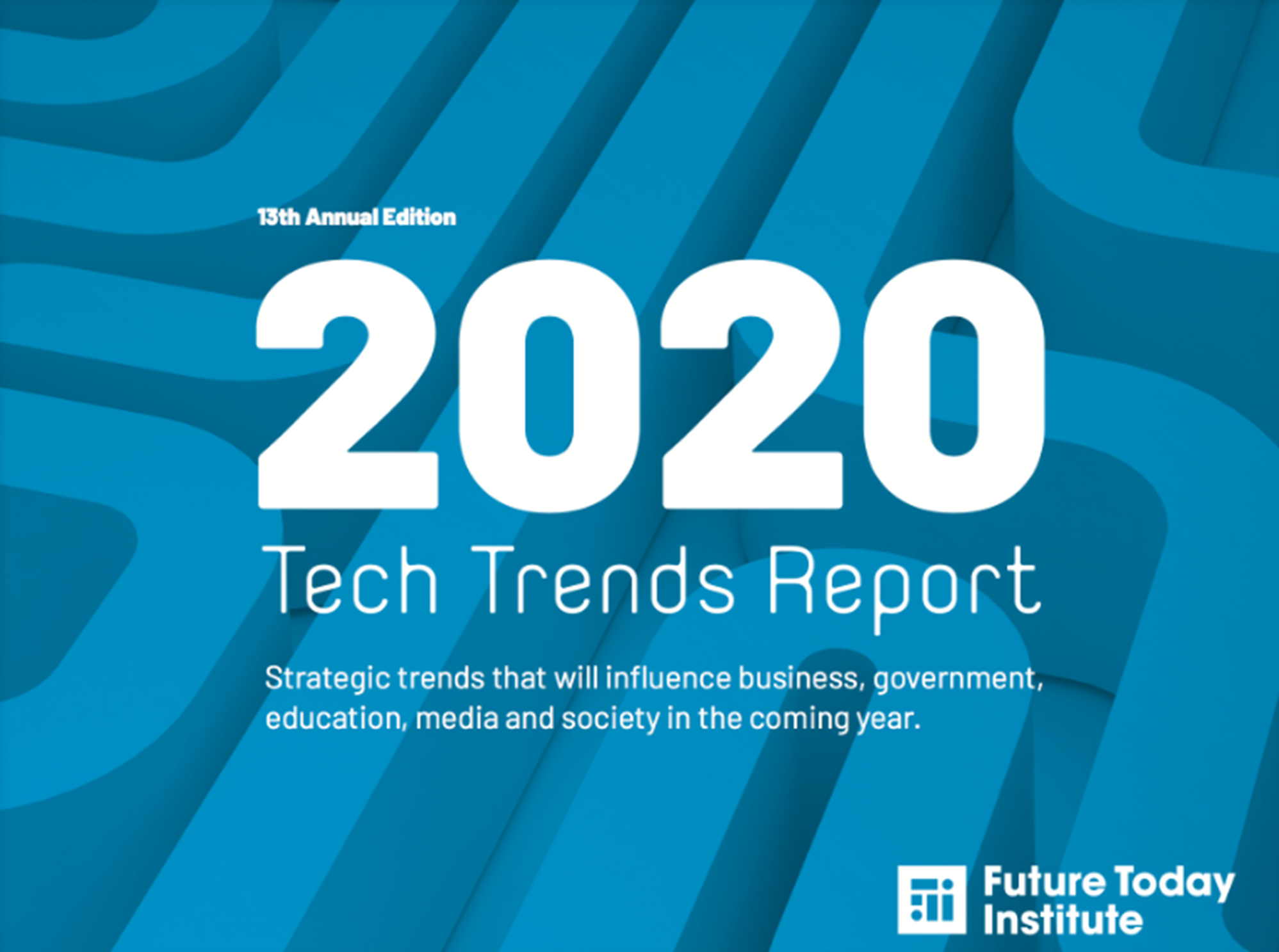 Last year I was introduced to the Future Today Institute Tech Trends Report. The free report provided a great view into 315 different trends. The 2020 Version was just released, tracking 406 strategic technology trends. As their website describes, a broad view of these trends is the best way to see around corners and spot emerging disruption. Amy Webb and her team provide one of the best reports of its kind. The link above provides access and the download page provides the following additional highlights:

END_OF_DOCUMENT_TOKEN_TO_BE_REPLACED

This list of 99 Facts pulled together by SAP continues to build the case for inevitable change. The title of this SAP presentation  is “The Future of Business”. Here are some of the key facts from various sources. There are embedded links in the content that take you to the source documents. Enjoy.

END_OF_DOCUMENT_TOKEN_TO_BE_REPLACED

2011 in my mind will be viewed as the launching point of a digital revolution. The momentum started in 2010 and kicked into overdrive in 2011. The rapid adoption of tablets and Smartphones fueled an aggressive development of mobile applications, while E-Book sales increased at a remarkable pace. Meanwhile, the world continued to go social in ways that few would have imagined. World leaders felt the power of Social Media, as revolutions expanded through the organizing power of Facebook and Twitter. Business leaders came to grips with the power of social media, as skepticism waned and social business turned the corner. Data continued to grow exponentially, expanding the gulf between available data and meaningful insight. Lastly, 2011 marked the year that cloud computing burst onto the enterprise landscape – In fact, 2011 may eventually be viewed as the year of the Cloud.

These factors combined to drive an aggressive digital expansion that in most cases happened through isolated initiatives driven by marketing. Businesses with indirect channels to market looked towards direct to consumer models. Regulated industries embraced the opportunity of social media, while addressing its risk. Customer experience became the mantra for many businesses, as re-inventing customer relationships topped most priority lists. New digital executive positions were created in response to growing questions about effective governance models. The notion of holistic digital strategies was in fashion again, and innovation and operating dexterity rounded out the top priorities for most executives in 2011.

END_OF_DOCUMENT_TOKEN_TO_BE_REPLACED

Business Analytics will continue to gain traction in every industry, and several key factors make this a foregone conclusion:

END_OF_DOCUMENT_TOKEN_TO_BE_REPLACED

In his Industry Trend Blog for 2010, Nenshad Bardoliwalla identified the top ten trends in analytics, business intelligence, and performance management. The author sees a vibrant market and a resurgence of innovation.

END_OF_DOCUMENT_TOKEN_TO_BE_REPLACED

At the Gartner Symposium / ITxpo this week, Gartner identified seven major CEO concerns and suggests that CIO find ways to address them. These concerns portray a continued lack of confidence, and anxiety over the economic climate. The seven concerns are: