Michio Kaku is an American theoretical physicist, futurist, and popularizer of science. He is a professor of theoretical physics in the City College of New York and CUNY Graduate Center. In a recent article, he makes three predictions about the future. His first is his belief that humanity will become an interplanetary species.

END_OF_DOCUMENT_TOKEN_TO_BE_REPLACED

I have written in the past about tipping points in human history and a belief that the world may experience its third tipping point sometime this century. A recent article via Holden Karnofsky hypothesizes that we live in the most important century in human history. Both views are driven by an underlying belief that the century likely delivers humanity altering changes. In my view, the combination of rapid knowledge expansion, artificial intelligence, machines, biotechnology, genetic engineering, our connectivity, and a new computing paradigm, are likely to change what it means to be human. In the article, the author argues that the 21st century could see our civilization develop technologies that allow rapid expansion throughout our currently empty galaxy. He argues all sides of a debate that ranges from impossible, to skeptical, to humanity altering.

END_OF_DOCUMENT_TOKEN_TO_BE_REPLACED 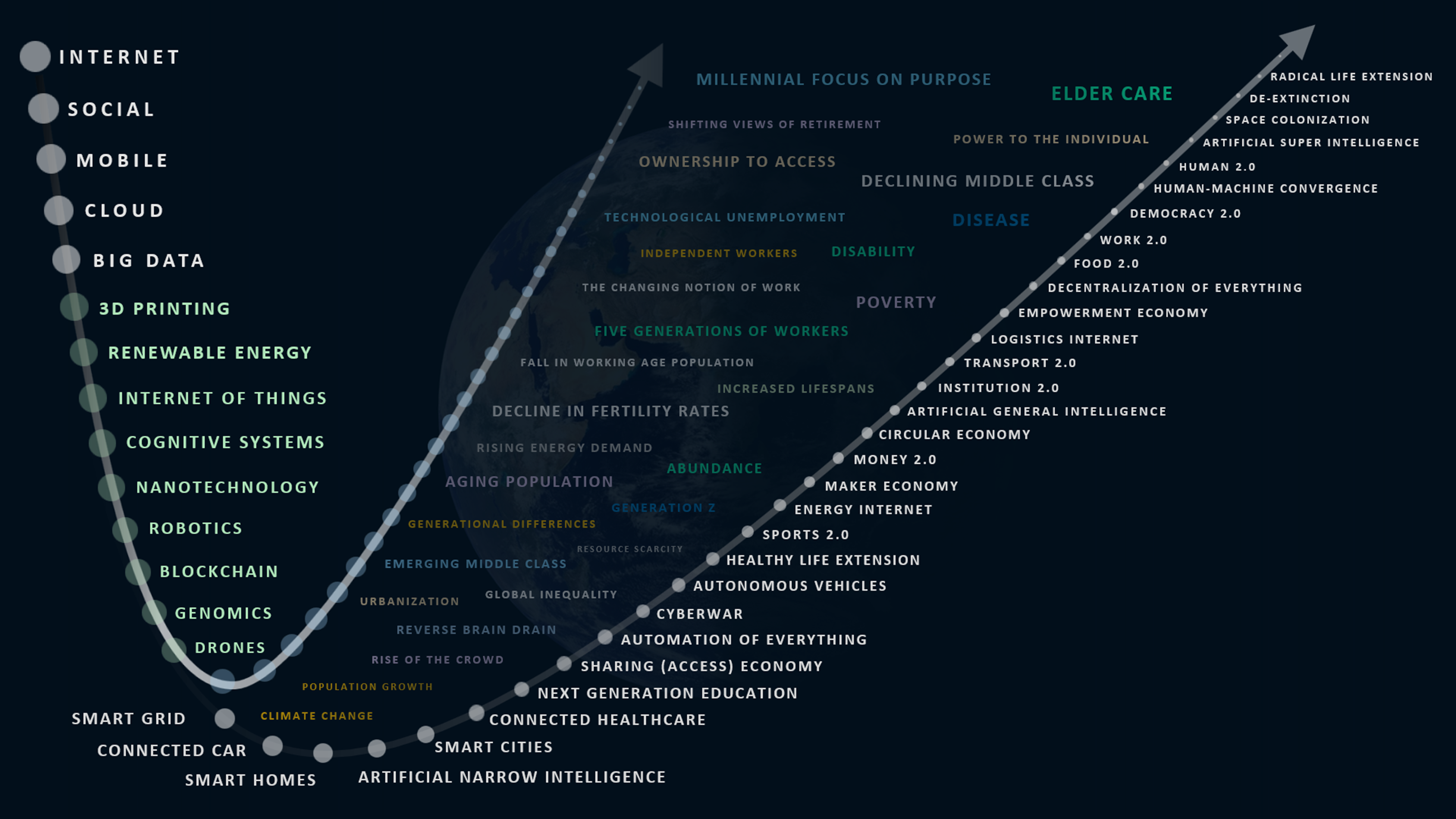 Several months have past without adding to the emerging future visual. In this post on Visualizing our Emerging Future, I described the origins of the visual and how it is being used. Two specific activities have prompted me to add two new scenarios to the visual: