In this sixth installment of the RethinkX rethinking humanity series, Tony Seba and James Arbib describe a brand new possibility space fueled by convergence across five foundational sectors: energy, transport, information, food, and materials. This convergence enables reimagination in areas like feeding and powering society. In this emerging age of creation, global design converges with local production and is unconstrained by industrial age limitations. As abundance satisfies our needs at near zero marginal cost, the world moves towards unheard of prosperity. But our subway map tells us that every constructive path is accompanied by a destructive one. In a shift so profound, it may be impossible to imagine what it looks like. The power of this storytelling lies in its ability to illuminate possibilities and drive awareness – and with it, the hope for human action. Similar brilliant storytelling can be found in the new book AI 2041.

END_OF_DOCUMENT_TOKEN_TO_BE_REPLACED

In a recent post on quantum computing, I referenced a new book (published in September 2021) that I recently added to my library. The book titled AI 2041: Ten Visions for Our Future was authored by Kai-Fu Lee  and Chen Qiufan. The authors use highly effective approach that combined fiction with expert analysis to help the reader imagine possible futures. The storytelling was brilliant (my compliments Chen Qiufan), and Kai-Fu Lee provides analysis after each story, showcasing his grasp of AI and its possible applications.

END_OF_DOCUMENT_TOKEN_TO_BE_REPLACED

Recently, an audience question about the timing of quantum computing (QC) was answered by an expert in the following way: the timeline for the realization of QC is accelerating, with some milestones being realized as early as 2025. Much remains to be seen, but any acceleration of QC brings an acceleration of many world altering scenarios. In a recent article, Daphne Leprince-Ringuet identifies eight ways that quantum computing will change our world. Those eight are:

You can read about each in detail via the article. While that’s an impressive list, the true power of quantum computing lies in its problem solving potential. When realized, QC will likely help with climate change, chronic disease, and other long-standing problems that have been impossible to solve. As with every emerging innovation, it also has the potential for destruction. Quantum computing is explored in a fascinating new book titled AI 2041: Ten Visions for Our Future. Authors Kai-Fu Lee and Chen Qiufan take us on a fascinating journey to 2041. They use the power of story-telling to effectively help us understand where artificial intelligence (AI) is taking us. I will write a separate post on the book, but in the meantime, I have added it to my book library. The power of AI is amplified and accelerated with the realization of a new QC compute paradigm. However, after telling a story about quantum computing in 2041, Kai-Fu Lee states that he believes QC has an 80-percent chance of working by that date. He goes on to describe the challenges that quantum computing faces, and that considering those challenges, most experts believe it will take ten to thirty years to get a useful QC.

Bottom line: it’s still anyone’s guess regarding the timing of quantum computing. Current signals have some believing that the timeline to realization is accelerating, and Kai-Fu Lee indicates that some optimists see it happening in five to ten years – consistent with the views shared during that audience interaction I mentioned. Regardless of timeline, QC is just another example of a future innovation with massive implications.

This doubling accelerates the path to innovation. With an endless supply of building blocks fueling rapid value-creating combinations, this effect is amplified. While the window to realize value from innovation has shortened, there is a Rising Speed of Technological Adoption. Jeff Desjardins, Editor-in-Chief of Visual Capitalist, had this to say:

In the modern world, through increased connectivity, instant communication, and established infrastructure systems, new ideas and products can spread at speeds never seen before – and this enables a new product to get in the hands of consumers in the blink of an eye. Why do newer technologies get adopted so quickly? It seems partly because modern tech needs less infrastructure in contrast with the water pipes, cable lines, electricity grids, and telephone wires that had to be installed throughout the 20th century. However, it also says something else about today’s consumers – which is that they are connected, fast-acting, and not afraid to adopt the new technologies that can quickly impact their lives for the better.

END_OF_DOCUMENT_TOKEN_TO_BE_REPLACED

I just finished a fantastic book on artificial intelligence and the evolutionary path of China and the U.S.. Author Kai-Fu Lee inspires, as he focuses on the astounding capabilities of AI, and the one thing that only humans can provide; love. The journey includes the author’s own brush with mortality, and proposes a path forward: 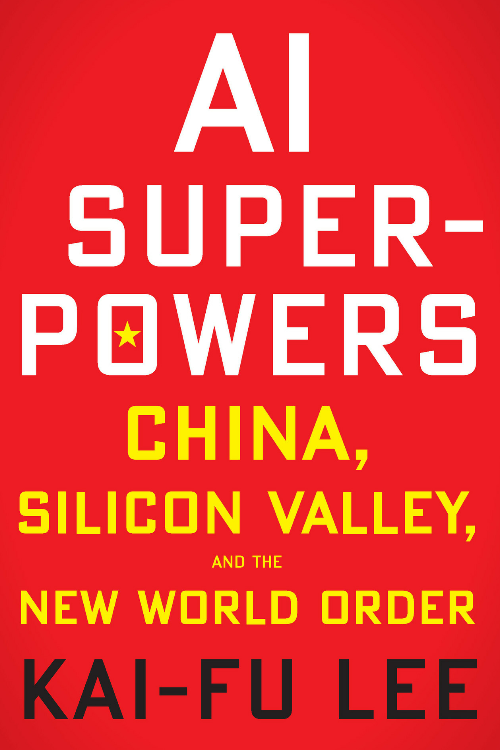 the synthesis on which we must build our shared future is AI’s ability to think, coupled with a human’s ability to love. He believes this synergy harnesses the undeniable power of artificial intelligence to generate prosperity, while also embracing our essential humanity. His hope for our future lies both in this new synergy between artificial intelligence and the human heart, and an AI-fueled age of abundance that fosters love and compassion in our societies.

I recommend reading this book from cover to cover. In the meantime, here is a summary organized by several key themes.

END_OF_DOCUMENT_TOKEN_TO_BE_REPLACED

Follow Reimagining the Future on WordPress.com
Join 1,328 other subscribers